It’s not uncommon for our readers to seek out a skilled Houston criminal defense lawyer for many sex crime offenses, many of which, include prostitution related offenses. If you or a loved one were arrested and charged with a sex crime in Houston, we recommend contacting Jack B. Carroll & Associates.

In Houston, Texas “aggravated promotion” is taken to be a more serious crime. Notably, this is because the accuser knowingly invests in, controls, finances or manages a prostitution enterprise that uses more than one prostitute.

Anyone in Houston, Texas who knowingly engages in sex for money or other valuable items or solicits another person in a public place for sexual conduct is committing a crime. 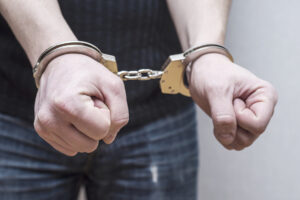 This crime involves knowingly making a child under the age of 18 to engage in prostitution. Something to note is that it doesn’t matter whether the defendant knew the age of the child or not, as it remains to be a crime. Also, causing other people above 18 years to commit prostitution by use of threats, force or fraud is also compelling prostitution.

To sum up, according to 2018 news in August the Houston police department arrested 54 people who were charged with prostitution. Another arrest occurred in Houston most famous hotels around downtown, where people were imprisoned for committing the crime. Notably, this indicates that the government is working around the clock to eliminate the sexual offenses.

If you’re looking for a best way to fight back against a prostitution charge or another sex crime in Texas, we recommend contacting a Houston criminal defense lawyer as your first step.